Born in Brazil in 1960, Henderson grew up in a small village near Maringa. His talent for painting was clear from as early age, but he never considered pursuing a career as an artist. In 1986 he moved to London in order to study painting, and to make his passion his profession. He has never looked back and now paints full time in his London studio. Painting in acrylic, oil or watercolour on canvas, Henderson's trademark palette utilises cool, soft tones to convey the atmosphere of his subject. His works are regularly displayed in London galleries and at international art fairs. 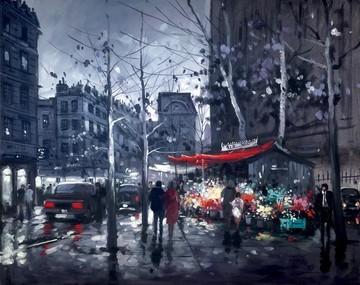