Inspired by sea views of the Italian landscape, immersed in a clean, absolute light, Grilo builds compositional situations in the silence of time which is lost in the eternity of art. Pietro Grilo was born in 1950 in the small town of Montopoli di Sabina in central Italy. At a very early age, he became fascinated with the arts and, at the age of sixteen, was enrolled by his parents in Latina's high school for the arts. By the age of twenty, Pietro Grilo was off to Rome, which in the early 70's was an exciting place for a young artist. It was a hotbed of new ideas and on the cutting edge of the international art scene. Pietro Grilo immediately immersed himself in this new environment, experimenting with new ideas and absorbing the innovative concepts of the many artists whose studios he frequented and to whom he apprenticed himself. Moreover, for a year or so, he travelled in the north of Italy and visited Paris and Zurich. The 80's comprised a second period of active experimentation in Grilo's career. He investigated new mediums and sought new ways of weaving together the major strands of his style, realism and abstraction, visual detail and imagination. Variously, he tried impressionism, expressionism, and fauvism. Within ten years, he had found a definite direction toward the synthesis he was seeking. His colors became brighter, his brushwork more free. Soon he began adding patches of pure abstraction as a sort of "out-of -focus" overlay in front of the pure landscape. These patches serve as a visual relief from the strongly geometric architectural forms. In his most recent works, the subject matter has become incorporated into the abstraction. 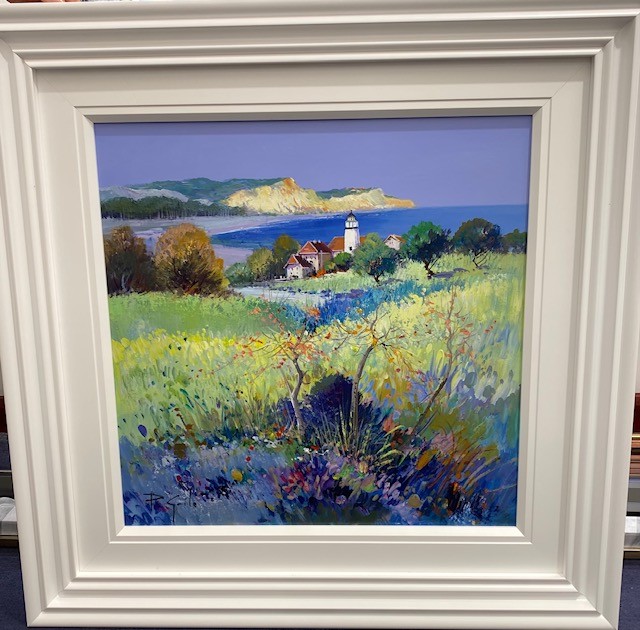 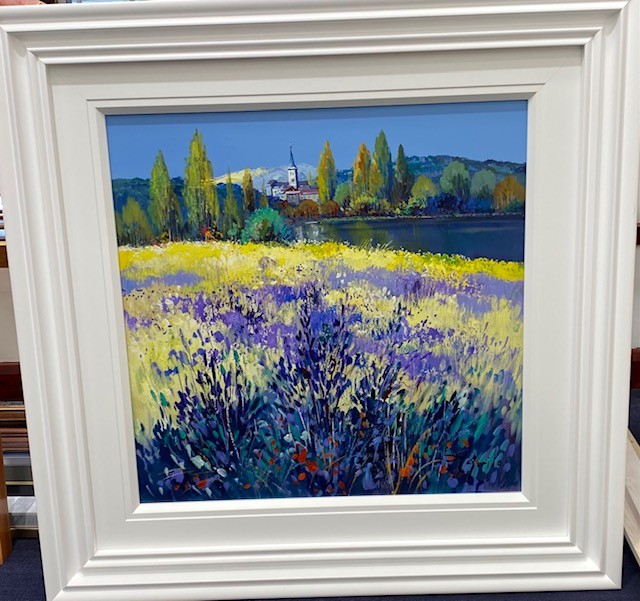