"After completing a four-year course at Canterbury College of Art, I embarked on a career for 24 years as an illustrator-visualizer based in the West Country. As a freelancer I was able to work for a diverse range of Advertising, Design and 3 D companies in Bath and Bristol as well as London and Europe. I had the opportunity to work on many campaigns for many different companies; Hasbro, Mattel, Cadbury's, Saga, Corgi Toys to name just a few. In many cases I worked closely with the designers producing visuals and taking the project right through to the finished illustration stages. I later went on to illustrate for publishing, on teaching books, magazines, posters as well as being commissioned by The Guinness Book Of Records. I am now a fine artist producing mainly one subject, being street scenes of the world. I like to evoke a sense of atmosphere and the feeling of being there through a loose style taking my influence from the Impressionists and Fauvism, using my visualising ways to produce the work. My work is mostly influenced from the Impressionists, although I like all forms of painting. I love to paint in a way that is free and loose, not being constrained by detail. I want to convey a sense of atmosphere and as if the painting was a fleeting moment in time. I concentrate on the light as being the most important thing within the painting and only adding the detail to knit the scene together, when needed. Having been as a visualiser in the past as well as an illustrator, it is from the visualising that I draw a lot of my technique today. I have the one style and like to try different things within it. I love all forms of art but one of my biggest inspirations is Monet and the way he used paint and the single strokes of applied colour. I also like to make every stroke count and to be seen. This can give a great sense of movement." 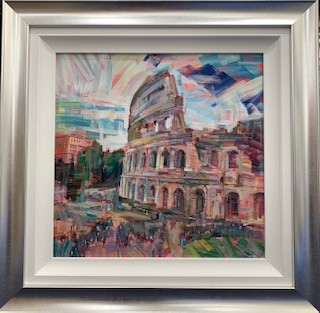 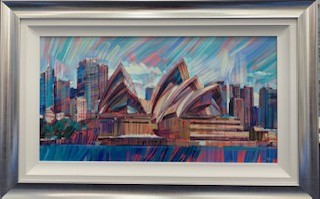