Miquel Pique Casamajor, known in the art world as Steven, was born in Barcelona, on 18 June, 1958. He started in engineering but never finished. In 1980 he moved to Douglas (Isle of Man) where his uncle was living at that time. In 1982 he moved back to Barcelona and started to work in the studio of Casanova Montagud, achieving a high artistic level. In 1984, after his divorce, he decided to move to Scotland, where he found again inspiration. Steven's exhibitions include: Galery Artis in Valencia. Sala Prats Gallery in El Prat del Llobregat Galeria San Jorge en Alcoy

The Day The Sheep Came Home 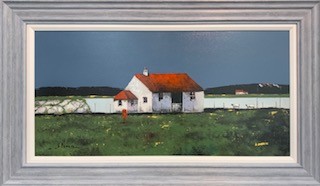 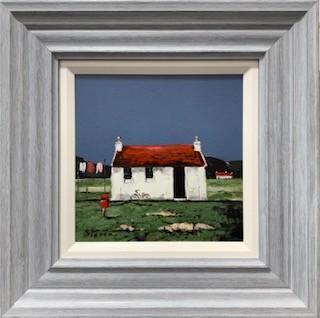